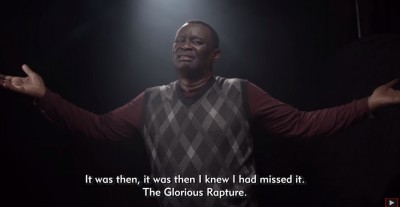 Here’s a movie from the Mount Zion Film Productions, as they present to us a new kingdom film, as they title this one “Rapture Nightmare” You’d most definitely be blessed.

The film “Rapture Nightmare” was written and produced by the same producer of “ABEJOYE” – MIKE BAMILOYE.