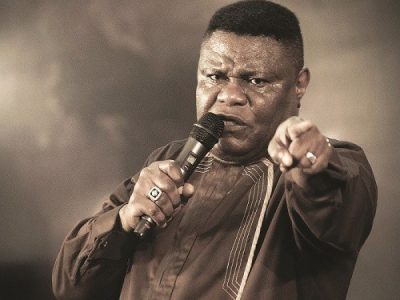 “And he laid hold on the dragon, that old serpent, which is the Devil, and Satan, and bound him a thousand years, and cast him into the bottomless pit, and shut him up, and set a seal upon him, that he should deceive the nations no more…”Revelation 20:2-3 KJV

If you notice in the above passage, he was bound in chains and put inside the bottomless pit, shut up so that he would no more deceive the nations because he goes about with deception. He says things contrary to what God had said and when you buy it, it will manifest. He used that strategy on Eve. After God had just spoken concerning Adam and Eve, the devil came and deceived Eve into eating the same fruit that God said they shouldn’t eat. He said to Eve, ‘has God said’? In other words, this thing that God said, can it really be true? And rather than shut him up, Eve bought it and that resulted in the fall of man.

It has always been the same strategy; no change. ‘Has God said that you are going to have a child? How can you have a child when you know your medical condition?’ He would ask: how can you succeed in life? Look around you, has anyone ever succeeded in your family? He would count them one after the other, reminding you that none of them succeeded. And if you agree with the devil; then you would stop attempting. He might turn around again to ask, ‘why do you think that you are going to be healed of this sickness? Have you ever heard of anyone healed of such sickness; brother A died, sister B died and uncle C died; it is now your turn.’ And then you buy it, and you wonder why it happened?

Beloved, the devil is a liar. Your testimony is not dependent on your condition or on what happened to other people. No! It is dependent on what God spoke concerning your life. Don’t let Satan deceive you. Stick to what God said to you.