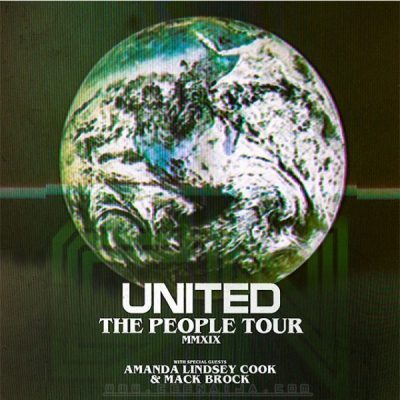 Popular Multi-platinum selling Hillsong UNITED announces the release of their highly anticipated new album, People, coming April 26th. This new collection was recorded live in Sydney, Australia and features three tracks which have already been released, including “As You Find Me,” “Good Grace” and “Whole Heart.” Debuting in December, “Good Grace” set the record as UNITED’s highest streaming street week career single, which “Whole Heart” subsequently broke by an increase of 12% upon its release in January. The “As You Find Me” live video has over 4.5 million views on the last check.

In support of their new music, the Australian-based worship collective will return to the United States for the first time in nearly three years for their highly anticipated USA Tour 2019. The arena circuit will kick off on April 25 in Austin, TX and include stops in major markets across the nation before culminating at New York City’s Madison Square Garden on July 2. Tickets are on sale now at www.hillsongunited.com.

Comprised of an evolving, eclectic mix of musicians and songwriters, Hillsong UNITED is undisputedly one of the genre’s most influential artists in the history of contemporary Christian music. The group has sold more than 4.7 million albums globally and garnered over 3 billion worldwide career streams to date. Their most recent album “Wonder” (2017) rocketed to No. 1 on Billboard’s Top Christian Albums chart and No. 21 on the Billboard Top 200 and set the record for the most streamed album in Christian music history (U.S.) during the street week with over 4.6 million streams. Hillsong UNITED remains the No. 1 Christian artist on all social media platforms with over 10 million fans combined.